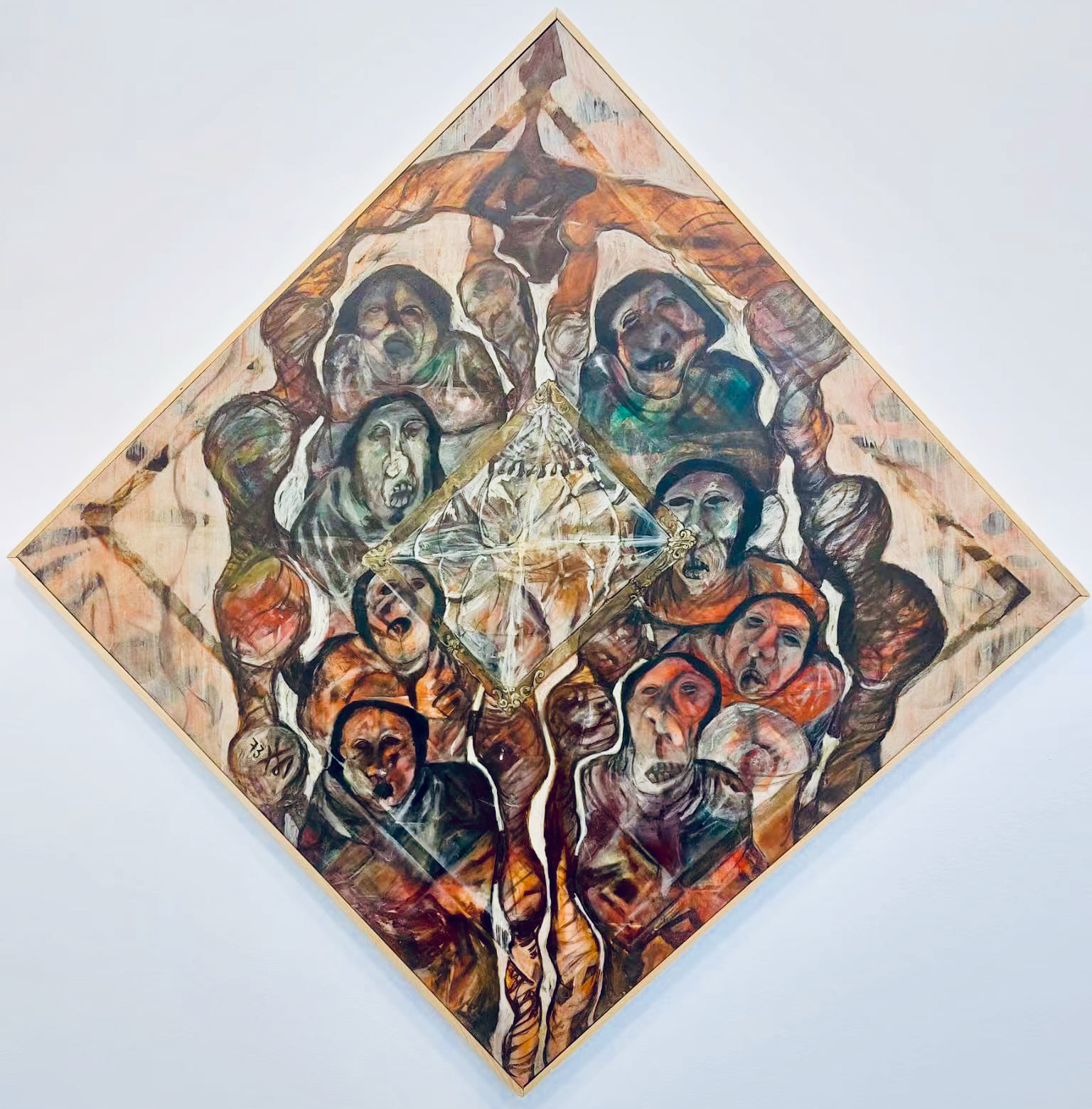 Here is a little piece I wrote about artist Kamala Ibrahim Ishaq’s on the occasion of her exhibition "STATES OF ONENESS" at Serpentine South Gallery in London (7 October 2022 - 29 January 2023). 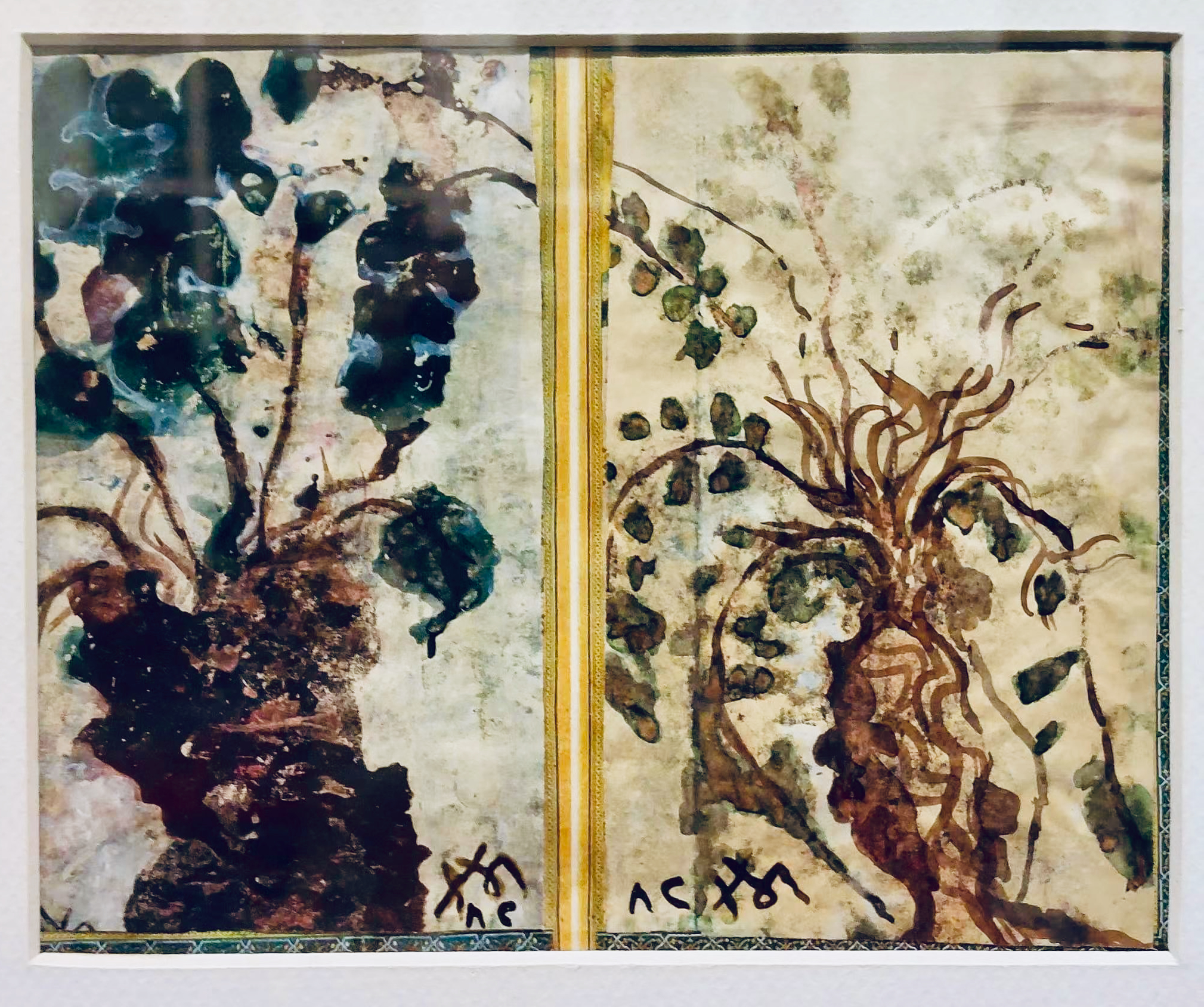 In her talk at The Royal College of Art (October 7, 2022), Hans Ulrich Obrist asked Kamala about her teaching experience in the Khartoum art school, where she was head of the Painting Department for two decades. Kamala described her method of teaching as «working together and learning from each other».

I remember when I arrived in the painting department, in 1971, Kamala was the only teacher who worked with the students in the same studio. When I say «We worked with Kamala», I mean that students were sharing the physical space as well as the critical gaze on each other's works. At that time I was deeply involved in the realistic representational aspect of image making. I was so eager to earn academic skills about Still life and Portrait making etc., that I used to watch Kamala's big size images metamorphosing under my eyes as a strange exotic exercise. Kamala used to start by sketching her image with a large brush dipped in a grey turpentine. This first image appears like a grey «ghost» with several vertical lines made by the flow of paint running down to the ground. After this first stage, Kamala used the brush to spread layers of reds, blues or blacks on the surface, but each time she introduced a colour she immediately rubbed that colour down with a piece of rag. The rag that the painter usually uses to clean the brush seemed to replace the brush or maybe, in Kamala's hand, it became the principal tool. 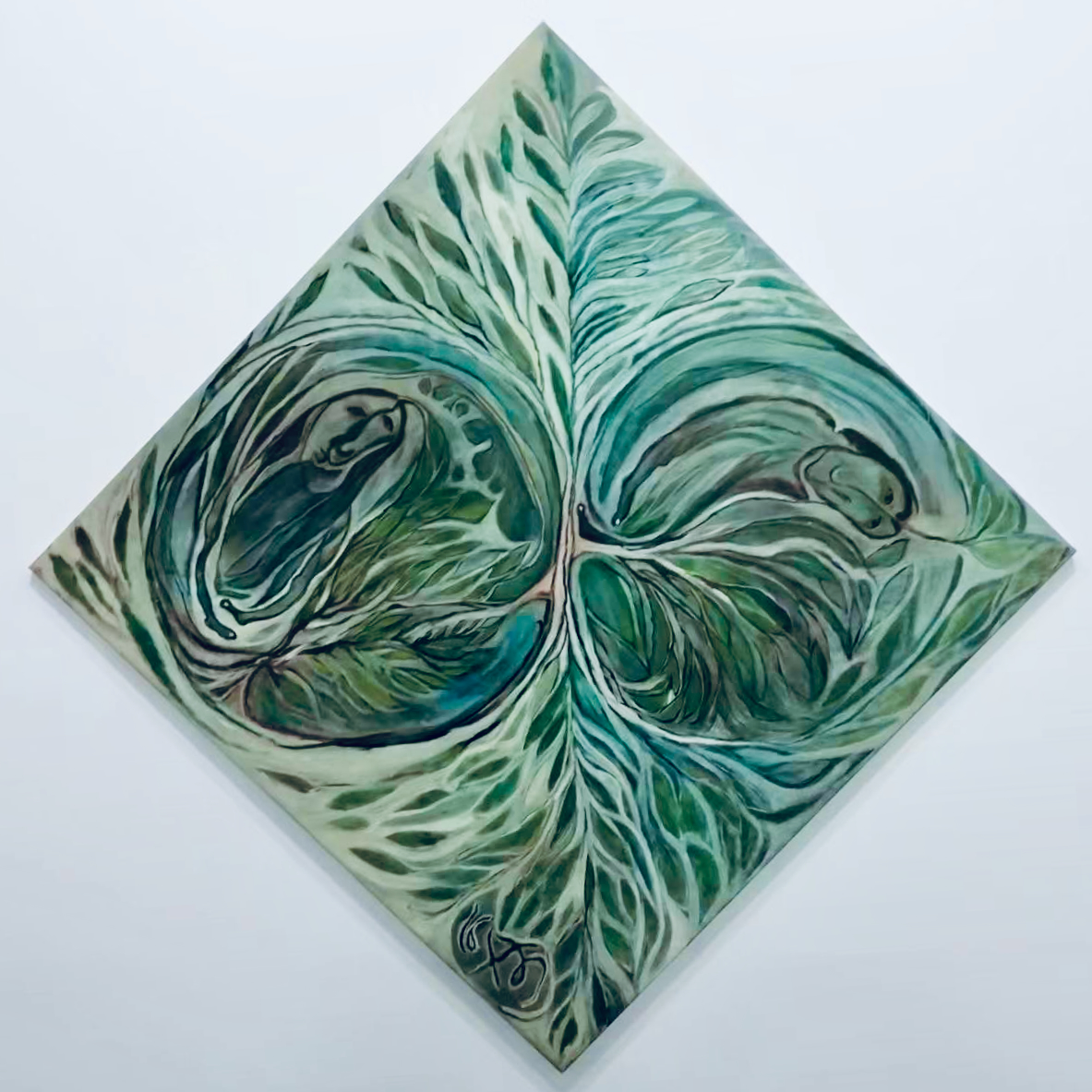 For some of my classmates, the use of a dirty piece of cloth in making painting seemed like a sacrilege but I was intrigued by Kamala's use of the rag as a painting tool. The rubbing actions didn’t not remove the colour entirely because I could see the palimsests of red or of blue layers covering part of the initial figure. Sometimes, Kamala returned to old paintings, obliterated her image with layers of grey or brown, recovered it with new layers of colour before applying the rubbing and polishing process. Kamala's image came out from successive overlapping of paint carefully elaborated through rubbing, polishing, and, sometimes scrapping with a painting knife. These actions enabled her to build a monochrome like image. But when you look attentively to the image you realize that it is far from being a monochrome. It is the result of a daring leap in an unexplored chromatic region.

Kamala's liberty of handling the painting tools was a lesson I received beyond the sphere of words.

We were «working together» and Kamala's work inspired me to reconsider the material conditions of image making in a period where I was confined in the conventional European methods of painting. 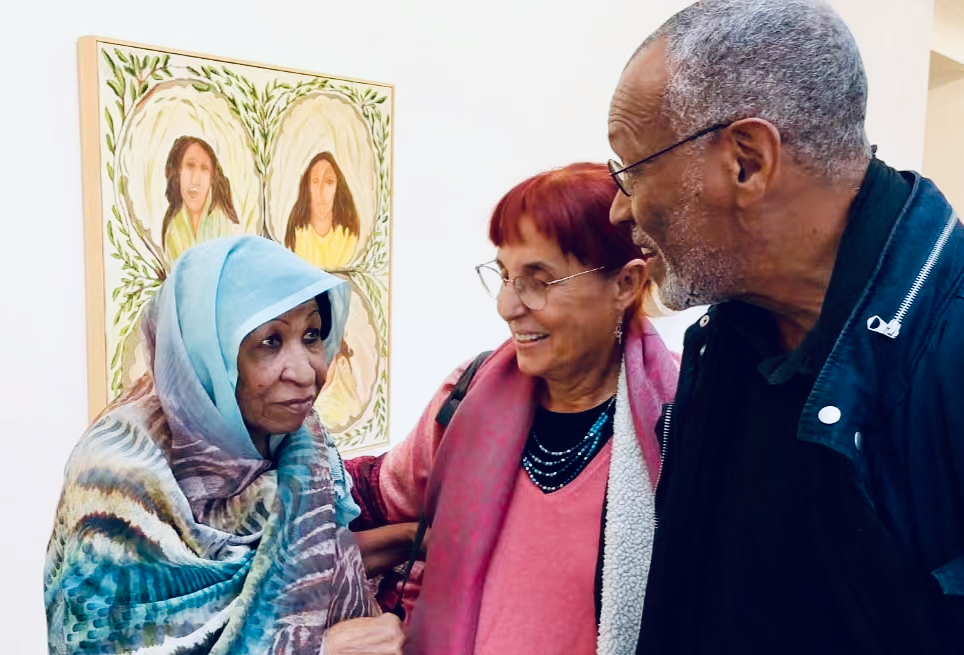 If you happen to be in London from 7 October 2022 to 29 January 2021, go visit Kamala Ibrahim Ishaq’s solo exhibition "STATES OF ONENESS" at the Serpentine Galerries.